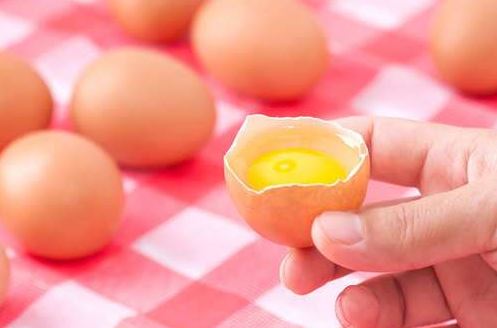 Sometimes, the common food items that we consume can pose a serious risk to our health.

There is a reason why food is treated in a certain way before being consumed. If not properly cooked, many food items can cause numerous health issues and even poisoning.

Here are 12 food items that can be dangerous if not cooked properly.

Eyes tend to grow out in potatoes if it is kept for too long. These contain a toxin called glycoalkaloids and eating substantial quantities of these can cause diarrhoea, coma, cramping and even death in some cases. The best way is to cut off this part and cook the potato well.

Just because that chicken no longer looks pink, doesn’t mean its thoroughly cooked. Poultry can be a source of numerous disease-causing bacterias like campylobacter and salmonella. Thus, it is a good practice to always cook the chicken thoroughly. Checking the internal temperature of the chicken and cooking until it reaches 165 degrees C is a great measure to ensure that.

Cassava is a rich source of carbohydrates but it must be soaked in water 24 hours before properly cooking it. Raw cassava contains a toxin that metabolises in the body to produce cyanide. This is even worse with bitter cassavas that are grown during dry seasons. Thus, cooking it properly is imperative.

Consuming raw eggs is quite common. From using raw egg whites in cake-cream to using it in mayonnaise, some people even like the taste of semi-cooked egg. But is it safe to consume raw eggs? The egg may contain bacteria (salmonella), which can cause food poisoning and an upset stomach. Sometimes it may even pass the flu virus, hence it is important to properly cook eggs before eating.

A warm parasite identified as trichinella spiralis is found in pork. Pigs get it when they eat other meats. Thus, consuming raw or undercooked pork can pose health issues such as diarrhoea, vomiting, fever, nausea followed by more serious symptoms such as headache, chills, cough, itchy skin etc. Don’t go by the change in the meat’s colour. Cook it properly before consuming.

Raw rice might be contaminated with a bacteria called Bacillus cereus, which can get into the body to cause symptoms of food poisoning. Since they can easily survive in dry conditions, they can live in rice packets in your pantry. If not properly cooked, they can even survive the heat and get into the body.

There are certain types of sprouts like mung beans, alfalfa, clover sprouts and sunflower that pose a risk of infection if not cleaned and cooked properly. They contain bacteria such as listeria, E. coli and Salmonella, that thrive in the moist and warm environment where sprouts grow. Cooking reduces the risk of food poisoning.

Certain deli meats such as ham, hot dogs, salami and bacon can pose a big risk to health if consumed raw or partially cooked. This is owing to the presence of Staphylococcus aureus and Listeria which gets introduced in the meats during manufacturing and processing stages. It is thus, crucial to properly cook deli meats before consumption.

Consuming uncooked or raw elephant foot yam causes a burning and stinging sensation in the oral cavity and mouth. It will be followed by rashes or reactions on the skin. Thus, it is necessary to properly cook the yams to get rid of this acridity.

Some types of cheese like Mexican, blue-veined and soft cheese puts one at great risk of food poisoning. These cheese are made of unpasteurised and raw milk, which is much more likely to be contaminated with disease-causing germs than the treated kind. Thus, if you must use these cheese, ensure to properly expose it to heat during the cooking process.

Raw red kidney beans taste bitter when consumed directly off the plant. They carry a toxic substance called kidney bean lectin or phytohaemagglutinin, which can cause poisoning. Symptoms include diarrhoea, vomiting and nausea. Soaking and boiling the beans is recommended before consumption.

This vegetable is recommended for its numerous nutritive benefits. However, uncooked or partially cooked eggplants may contain a chemical that can upset your digestive system. It also holds an alkaloid called solanine, that can be toxic when eaten in large doses. Hence, ALWAYS cook your eggplant and for that matter, your food, properly!

The post 12 common food items that can be risky if not cooked properly appeared first on .