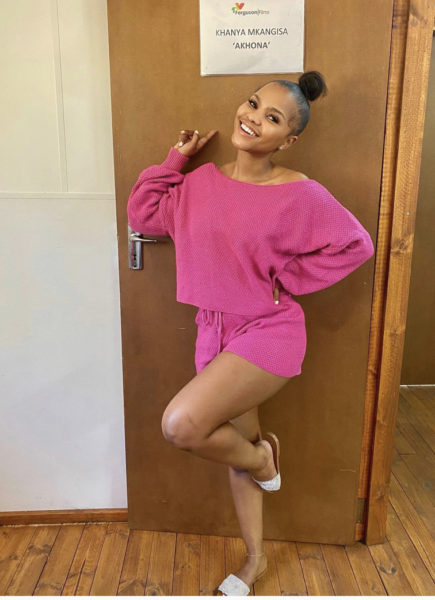 Khanya Mkangisa recently took to her social media to announce her big return to Mzansi Magic’s The Queen.

This is coming after the star was allegedly fired from the show in 2019 after a video of her allegedly driving under the influence of alcohol went viral on social media.

Well, it looks like things has turn around for Khanya as she is back on the popular telenovela produced by Ferguson Films.

She said her character Akhona was making a big return on October 25.

The post Khanya Mkangisa is back on ‘The Queen’ appeared first on .