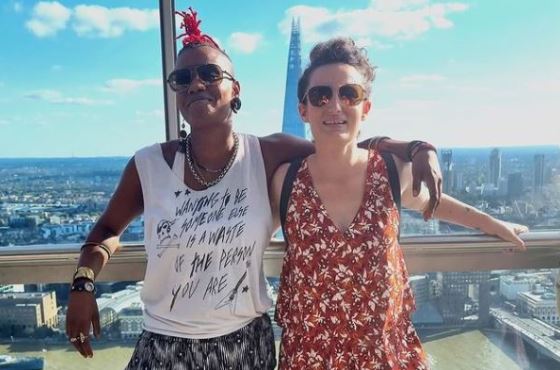 Toya Delazy is officially off the market as she and her girlfriend Alisson “Ally” Chaig.

The star shared the news saying they are engaged and well on their way to becoming “Mrs and Mrs”.

Toya took to her social media to share her happy news.

“I gotta share my joy as we celebrating our Tin Aluminum Anniversary with my babe.  A decade of love.”

The post Toya Delazy and her girlfriend Alisson are engaged appeared first on .